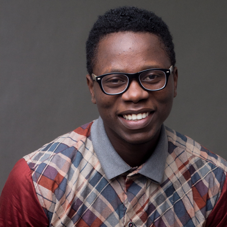 Retrogressive teams are usually characterized by a lack in MOI, which is an acronym for Motivation, Organization and Information.

A lack of energy and drive can be detrimental to teams right after formation, considering that motivation is spawned in stages, team leaders should invest time and effort into keeping energy levels high at all time. A clear sense of hierarchy, structure and rules of engagement in organizations can keep team members prepared on how to deliver results whereas the lack of resources to consume for the purpose of understanding how to accomplish goals break down a majority of teams right after formation.

We see this illustrated in our everyday life from our favourite sports, bands, groups in a varying array, a major number of successful teams in the face of these constraints have two things in common, these teams have a SWAT and a Supporter as part of the team.

The term SWAT adopted from Steve McConnell’s work is an acronym for Skilled With Advanced Tools, this refers to a specific individual that possess domain-specific knowledge, or deep technical skills in a platform, area, framework or language, a SWAT is a master in his field and understands all the code and nuances of his subject matter.

Whereas we learn about the Supporterfrom Dr. Meredith Belbins research on Team Leadership based on People-Oriented Team structures. Here he defines a Supporter, as a person who builds on team members’ strengths and underpins their shortcomings. A supporter Provides emotional leadership and fosters team spirit to improve communications among team members.

Apparently as much as we may want to pose that most teams fail, we must understand that failure is a state of the mind, from the IBM Design Thinking Playbook, as Diverse Empowered Teams focused on a Hill, it is important to fail fast, this process regards failure as a learning opportunity, in order words, fail fast and iterate quickly. 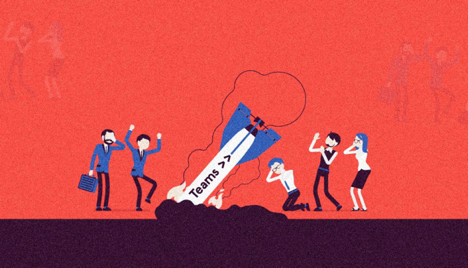 As Thato Rammoko quotes: Humans never fail, We only run out of Time, Scope or Capacity

The TSC (Time, Scope and Capacity) school of thought is a large enough argument for another article.

The cohesiveness of a group depends on the total field of forces that act on that group. From Corporate Skunkworks to Feature Teams etc, being able to identify a point of instability within a team can help towards streamlining objectives and goals amongst members even better. Here are some indicators you can look out for:

But once project members commit to a common vision and start to identify with the team, they learn to be accountable and to hold each other accountable. When team members see that other team members truly have the team’s interests at heart—and realize that they have a track record of being honest, open, consistent, and respectful with each other — trust will arise from that.

These are a few indicators among others, just as team structures are sometimes chosen for the wrong reasons, team members are often chosen for the wrong reasons. This brings to attention the need for developing a team formation structure focused on optimal output. Structuring teams for optimal output are at the core of the Result Driven Team Methodology. A group of individuals who are driven by a common goal and vision and are invested in the goals and objectives of the team.

While I’ve found these insights to have a wide range of applications, they are just the tip of the team management iceberg. Like all of us, I’m still learning, and I’m curious — Why do you think teams fail? What are the indicators you’ve come to associate with dysfunctional teams? Please, share them in the comments and help us all build better and stronger teams.

>>>the writer is a Product Design Expert with experience working in Software Engineering, Big Data & Analytics. He is the Founder of Tech Consulting Company Tecmie and Africa’s Largest Pan African Hackathon — Afrikathon. Currently He serves as an EIT at Meltwater, learning and working on building sustainable solutions to problems in Africa. He can be reached via email me@andrewmiracle.com