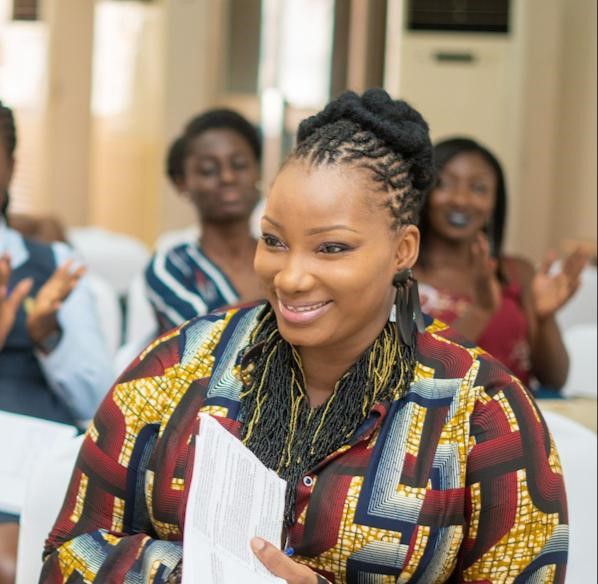 Organiser of the Ghana Virtual Career Fair 2020, the Ghanaian-German Centre for Jobs, Migration and Reintegration (GGC), has announced that Kokui Selormey Hanson will moderate the first ever career fair to be held in Ghana.

Head of the GGC, Benjamin Woesten remarked: “We are excited about this, and trust that she will play a key role in making an impact in the careers of all those patronising the event. The Ghana Virtual Career Fair has a lot showing young people how they can make it in Ghana, and we could hardly imagine a better representative of that message than Kokui with her motivating and authentic personality”.

She co-hosted the perennial award-winning Viasat 1 television morning show, This Morning, from its inception in August 2012 until its conclusion in December 2016. During the same period, she also served as content producer for the show. She has also hosted Classic Citi, a weekly classical music radio-show on Accra-based station 97.3 Citi FM, and was presenter of the maiden season of Vodafone Ghana’s highly acclaimed public service programme Healthline.

In September 2014, Kokui was named ambassador for the Philips AVENT 30th Anniversary Celebration in Ghana, and she is honoured to be associated with a globally renowned organisation that promotes new-born, infant and toddler wellness. She also has a long-standing relationship with the renowned Dutch fabric brand Vlisco. As an influencer for the brand in Ghana, Kokui has had the pleasure of being involved in several of their programmes aimed at highlighting the achievements of women in Ghanaian society and empowering the next generation of female leaders.

Since 2017, Kokui has collaborated with SKY Girls Ghana as a parent ambassador. The programme, supported by the Bill and Melinda Gates Foundation, empowers teenage girls, encourages them to stay true to themselves and equips them with life skills to help them navigate the often challenging experiences of dealing with peer pressure and growing up in the social media age.

The Ghana Virtual Career Fair, which is being held in cooperation with the Delegation of German Industry and Commerce in Ghana (AHK Ghana) and the Ministry of Employment and Labour Relations, and funded by the German Development Cooperation, is slated for 8 July 2020 and targetted at young unemployed youths – including workers laid-off due to COVID-19.

It aims to contribute in tackling unemployment and underemployment, improve the skills base and promote entrepreneurship among youth in the country; and to complement efforts of the Ghanaian government in finding lasting solutions to youth unemployment. The career fair is hinged on four core areas: digital skills, employability, entrepreneurship, and exchange – all aimed at providing a training and exchange platform between job seekers and employers, and enabling budding entrepreneurs with requisite skills for success.

I bath with my son – Akuapem Poloo...

Which Nollywood Dad would you rather have? [Pulse...