You are a thief, it’s a fact – Mutombo the Poet attacks Mensa Otabil

Pastor Mensa Otabil while delivering a sermon at his church bashed social media fanatics who are into the act of sharing photos of their food and lifestyles as a way of showing off their good living.

He is quoted to have said; “Some of you eat food and post it on Facebook…to show your good living…You think you’ve achieved something…because your ancestors were very hungry people…and you think it’s nice? You are showing that your capacity is low.”

But Mutombo who vehemently disagreed with the pastor’s sermon defied the popular biblical quotation ‘touch not my anointed’ and lashed out viciously at the ‘man of God’ on Twitter, monitored by GhanaWeb.

In a series of tweets, he described Pastor Mensa Otabil as a thief who leverages his position to pilfer and also spread falsehood in the name of God.

“Hello @MensaOtabil, I think your head also needs help for using social media to push so many people to come to your church so you take their monies. What’s the difference between someone posting his food and you posting verses and church events? Your head needs help. You are not normal!,” one of his tweets read.

He continued in another tweet, “You didn’t think through before dishing out this sermon and you pastors keep on contradicting yourselves because I’m sure this same thief has told his congregation to flaunt what god has given them before. What’s sad is the people laughing and applauding. Thief!.”

However, some Twitter users who found it rather undesirable, the level of disrespect targeted at the ‘man of God’ also took turns to call for calm.

Meanwhile, Pastor Otabil is yet to respond and it is not yet established whether or not Mutombo holds any prejudice against Pastor Otabil. 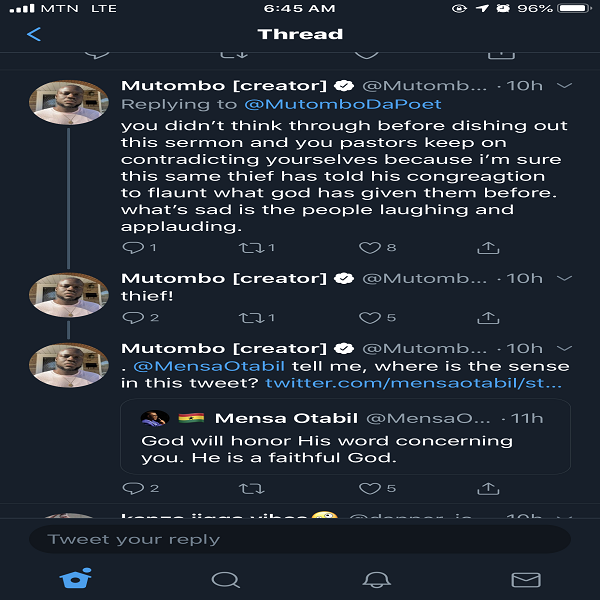 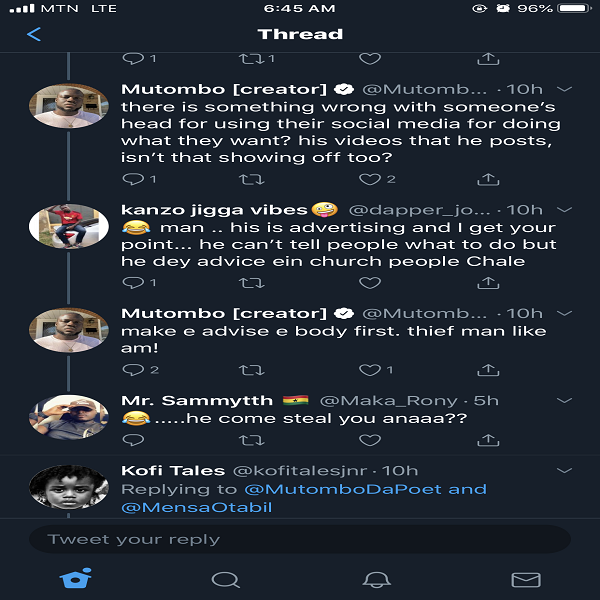 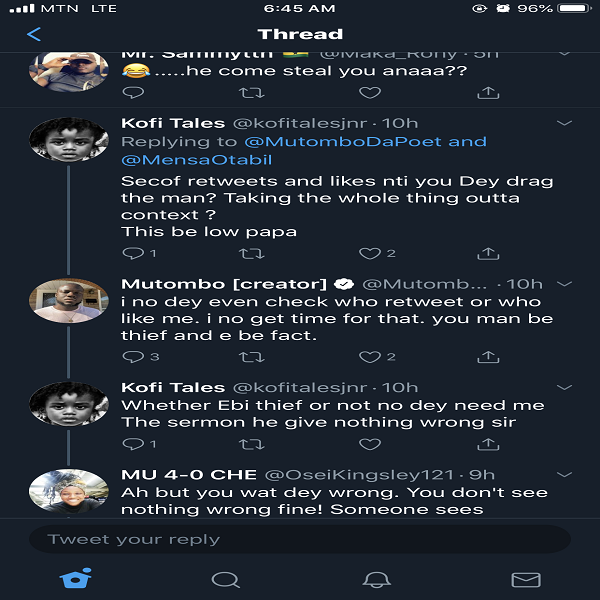 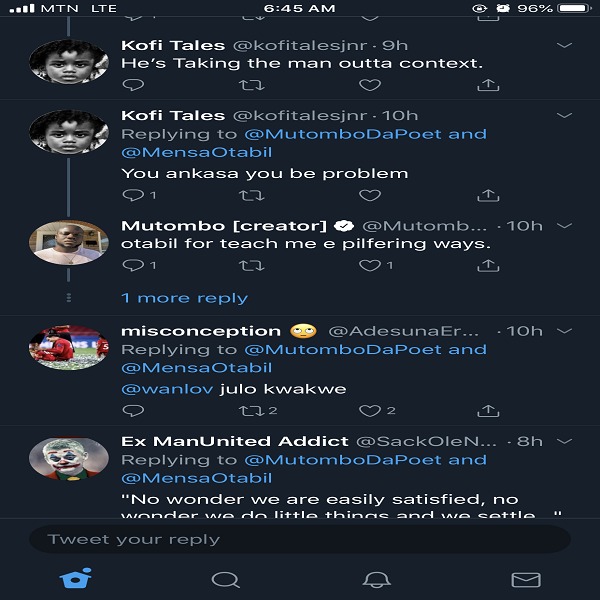 I was hypnotised, almost used for money rituals...

The things that feel just as good as...

Duration of JHS, SHS has not been reviewed...

God won’t forgive Zongos if they vote against...