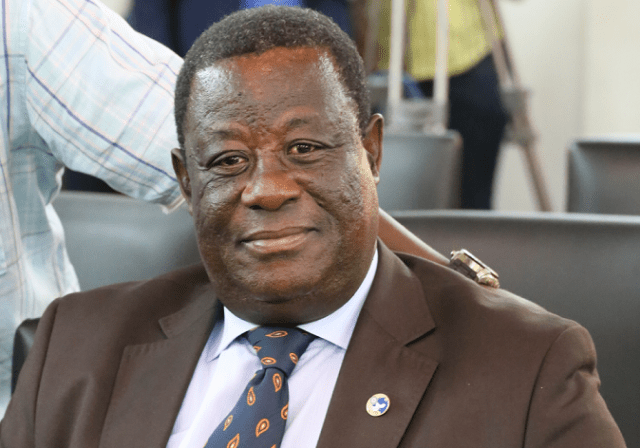 The Minister of Roads and Highways, Kwesi Amoako-Atta, has urged Ghanaian contractors to strive hard to compete with the foreign contractors to win jobs not only in Ghana but outside the country so that the proceeds would come back to Ghana to help the economy.

The Minister, who expressed worry about the inability of some young contractors in Ghana to win international contracts, said: “it is pathetic that Ghana over 63 years of independence do not have contractors that can compete favorably for any international job.

It is a shame and we are going to make conscious effort to build up the young contractors in terms of capacity, personnel, equipment among others so that within the next at least two years, we should have more of theme executing foreign contracts,” he added.

The Minister announced this to the media after embarking on a six-day inspection tour on two ongoing road projects within the Northern and Savannah Regions. The two road projects are the upgrading of the Salaga-Bimbilla stretch road of about 71 kilometers and the Salaga-Ekumdipe-Kpandai (61.2km) Lot 3 road. The total cost of both Government of Ghana (GoG) funded projects is estimated at a cost of GH¢240.7million.

The Minister, who was accompanied by his deputy, Anthony Karbo and other government officials, also toured the 100km Bunjai–Fufulso road being facilitated by Mawums Construction Ltd.

In August 2019, the President, Nana Addo Dankwa Akufo-Addo cut sod for the construction of the two roads. So far the Salaga-Bimbilla and the Salaga-Ekumdipe-Kpandai roads, which are 45percent and 36.18percent complete respectively are expected to be usable by 2023 and 2021 respectively.

The projects link a number of agriculture-based commercial towns and market centers such as Sabonjida, Sogon, Taali, Abotareye, Chamba and Bimbilla.

Addressing the media after the tour, the sector minister commended the contractors and the workers. “I am so impressed about the quality of work being executed to ensure value for money and also a smooth road system. We are not just building roads and infrastructure but building quality infrastructure which is value for money,” he said.

The Minister assured the residents where the projects are being executed that the road would benefit them and so do their best to cooperate with the workers for the work to be completed on time.

Look at me! Has the digital age succeeded in breeding a generation of narcissists? [ARTICLE]

How VR-Like Immersive Experiences Can Be Produced For...

These Fitness Tips Help Take Inches off Your...

The Joys of Long Exposure Photography