National Communications Officer of the opposition NDC, Sammy Gyamfi, has said there is a deliberate attempt to cover-up evidence in the murder of a young teacher in Banda in the Bono Region last month.

Sillas Wulo Chame, a newly trained teacher of the Methodist College of Education at Akim Oda, was allegedly gruesomely stabbed to death at a registration centre by some thugs believed to be members of the New Patriotic Party in the region.

The National Youth Wing of the NDC called for the immediate arrest of the persons involved in the killing within 72 hours but that has not happened.

Taking to his Facebook page on Saturday, August 8, 2020, after a burial ceremony held for Sillas, Sammy Gyamfi said it was unfortunate that the alleged known NPP thugs who committed the murder are still walking the streets of Ghana as free men.

“Even more depressing, is the fact that the District Police Commander and another Police Officer (Corporal Gafaru), who were determined to pursue this matter to ensure the perpetrators faced the full rigorous of the law, have been transferred by the cruel Akufo Addo-government, ostensibly to coverup this heinous crime and shield the perpetrators from punishment,” he said in the sombre post.

“As he is laid to rest today, my prayer is that may the souls of those who took this innocent gentle soul and their sponsors, know no rest.

“To the family of the deceased who are currently in a state of mourning and deep sorrow, kindly accept the deepest condolences of the National Democratic Congress. Even though nothing can appease you for this painful loss, be rest assured that justice will be done under the next NDC/Mahama government,” he added. 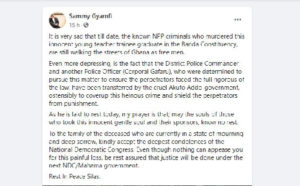 One person dead as NPP, NDC supporters clash at Nkrankwanta[VIDEO]

‘Akufo-Addo has done wonders; give NPP four more years to do more’ – Kufuor

“There is no political, ethnic agenda against Volta Region” – President Akufo-Addo 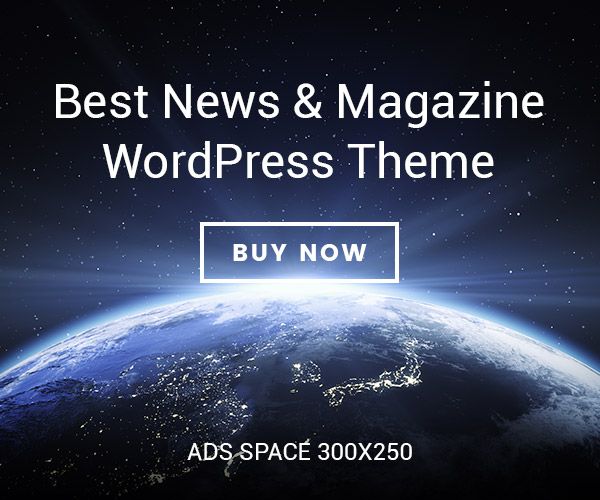